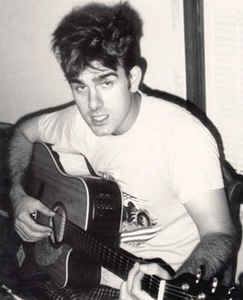 Wally Pleasant is a folk-rock musician from Michigan. He writes and performs humorous songs with 60s rock influences. Throughout the 1990s he was a fixture in the Greater Lansing Michigan indie-rock scene. The picture on the right was taken in the mid 1990s.

I first heard his music on WDBM, the student radio station in East Lansing. Shortly thereafter I was lucky enough to see him perform outside on a small stage in front of the Coffee House and Pizza Place. I was in college and I used to hang out with the punks, artists and potheads that frequented the area.

Wally was a teenage Republican. He wrote a song about it. In fact he first showed up at Michigan State University in East Lansing as a Political Science major. He had never played much music before college. He found that his powers of wit and observation carried over to song writing and his music career was unexpectedly born.

Wally was a few years older than I. I was also involved in the indy rock scene to some extent. I had helped organize two cafe crawl events. I got the bands booked at multiple venues in East Lansing. At some point I needed to create some business cards.

That’s when I ran into Wally. We were both at a Lansing OfficeMax copy center. He was making flyers. I was looking at business card options.

I was star struck but I had enough balls to say, “Hey, Aren’t you Wally Pleasant?”

We talked for a bit. I asked for an autograph which he gladly provided. He also suggested that I use the pizza guy logo for my business card. I’ll never forget it! 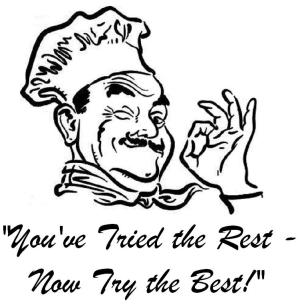 Now I am glad to be a part of a radio station that plays his music! Thanks Wally!

Check out his Discography at Discogs.

What's on your mind?